The third generation of the Big Shuriken was developed with the aim of increasing the cooling capacity while maximizing the compatibility with modern systems. Due to the redesign, the cooler differs significantly from its predecessors, both in terms of appearance and general structure. Despite its height of only 69 mm, the Big Shuriken 3 RGB is able to deliver outstanding cooling performance for compact high-end ITX and HTPC systems. Thanks to the asymmetrical design of the heat sink, in which the base plate is laterally offset, optimal compatibility is achieved. The new Kaze Flex 120 Slim RGB PWM fan with translucent fan blades and controllable RGB LED lighting is used for effective ventilation with an attractive and colorful appearance. 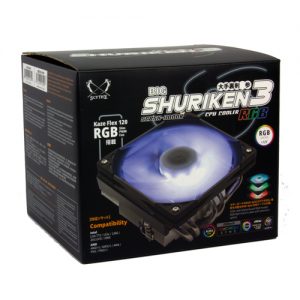 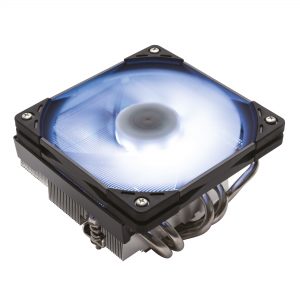 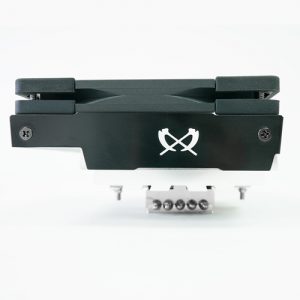 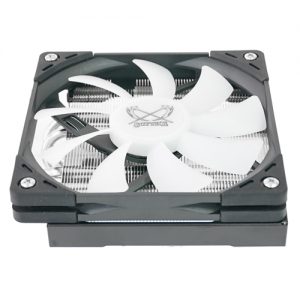 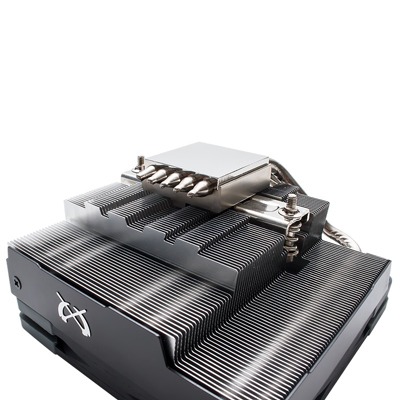 Big Shuriken 3 RGB has been completely re-designed with the goal to significantly improve the compatibility. This has been achieved by shifting the base-plate to the sides in contrast to regular designs with centered base-plates. In order to avoid collisions with the I/O shields of motherboards, the entire cooling fin stack has been revamped. Thanks to this new asymmetrical heatsink design, Big Shuriken 3 RGB is able to deliver unrestricted RAM compatibility and distinguishes itself as the perfect cooling solution for high-end HTPC and ITX systems. 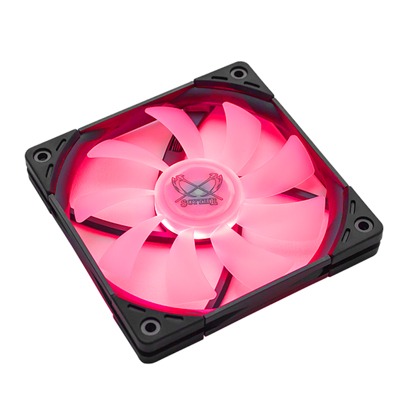 In order to keep the Big Shuriken 3 RGB as low as possible, the cooler uses a slim fan from the Kaze Flex 120 series with a height of 17 mm. Despite this low height, the fan is not only equipped with a self-contained fluid dynamic bearing (FDB), but also with RGB LEDs below the fan hub. These LEDs illuminate the translucent fan blades. This model is also equipped with rubber decouplers. However, they are colored black, to keep the entire frame in tone. The RGB LEDs require a 4-Pin 12V RGB header or controller. 3-Pin 5V ARGB is not supported. 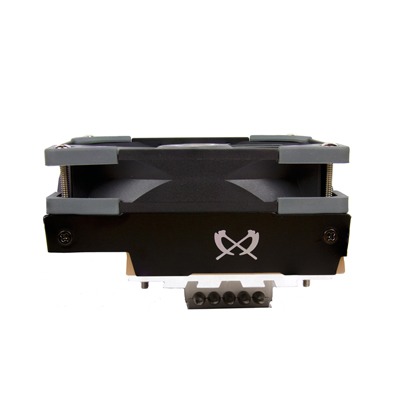 If more performance is required and enough headroom for extra height is available, users are able to equip the Big Shuriken 3 RGB with a regular aftermarket 120 mm case fan of 25 mm height. The optinal set of screws is part of the scope of delivery and allows a fast installation process out of the box. 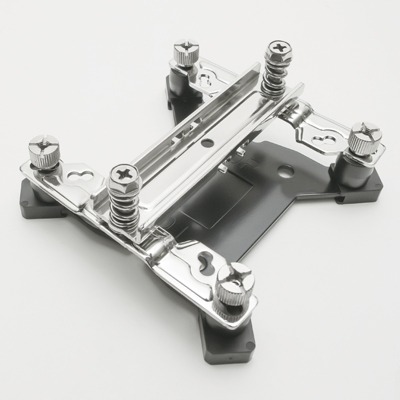 Big Shuriken 3 RGB comes with the secure and user-friendly third generation Hyper Precision Mounting System, which centers around a preassembled mounting bar with spring-loaded screws to guarantee perfect contact pressure. In combination with an updated backplate and rubber / plastic spacers, the system is able to offer a convenient installation process and compatibility to all current sockets including socket AM4 from AMD™ and the socket LGA 2066 from Intel™. 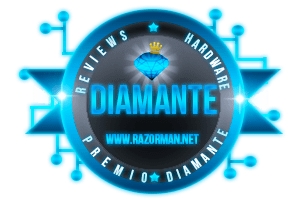 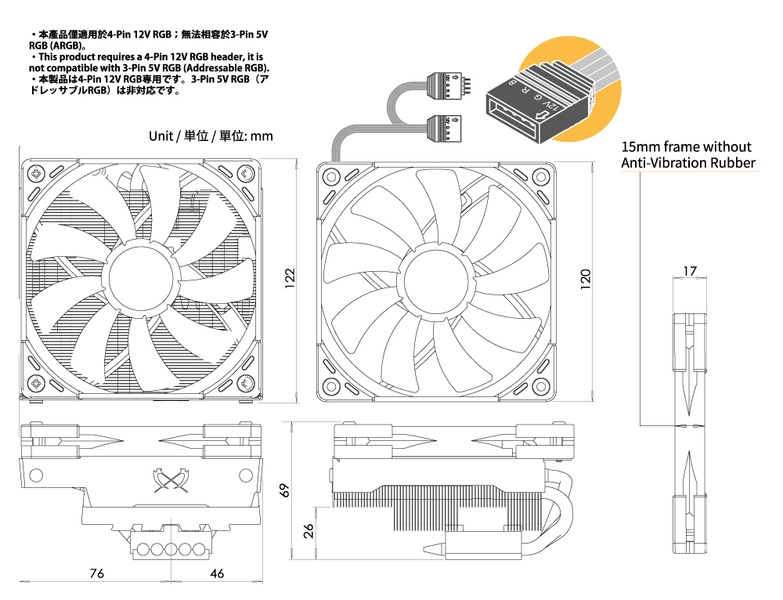